A black a big storm has just rolled in. it came outta nowhere . it was so hot today prior to that . 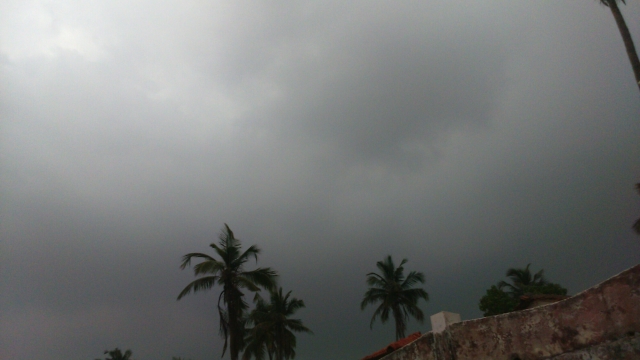 No way this huge electrical storm came from inland and is directly over anjuna. Never see a beach clear so quick.
A massive bolt of lightning landed a few shacks away and the explosion was unreal, squeeky bum time. Dont know what it hit behind lilleput but theres thick black smoke from a fire. All the powers out. Its passing out to sea. Wow amazing shore bar is flooded. There is so much thunder and lightning overhead. It was ridiculously hot today. Weds is market day i bet its chaos in there.
Upon leaving the shack the intensity and proximity became apparent. behind shore bar a huge coconut tree lay burning on the floor, uprooted and shed every branch.
At cafe diogo area another 2 trees had exploded and been ripped from the ground. A car had been hit hard and was all smashed up, fallen trees had gone thru the windscreen and batteted the front end. The power lines had been brought down by an enormous coconut tree.
On anjuna main rd a new shop lies in bits on the ground and everyone rallied to help the ownetr save their stock.
Might be a while till powers restored. Tonite anjuna lies mostly in darkness. 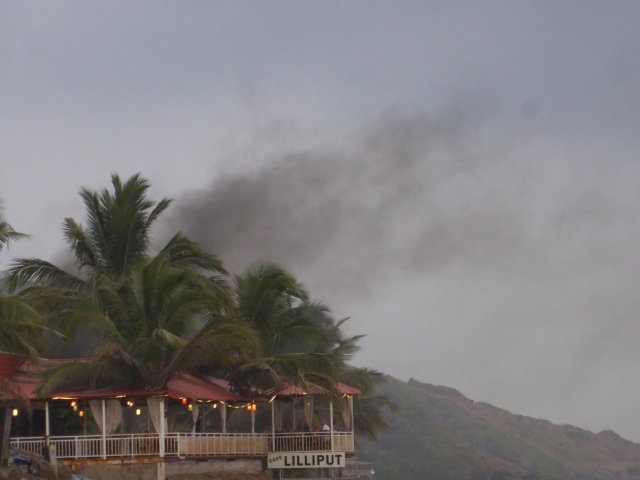 tree went thru the driver side of windscreen so i hope nobody was in it ? , note power lines down

then came the storm about 6pm .

elecs been off anjuna vagator and chapora the whole night . it started coming on for5 minutes a few times about 11pm . when it did trees started to catch fire !